We recommend you the best policy that will stay with you and we at every step will give you a hassle-free experience. 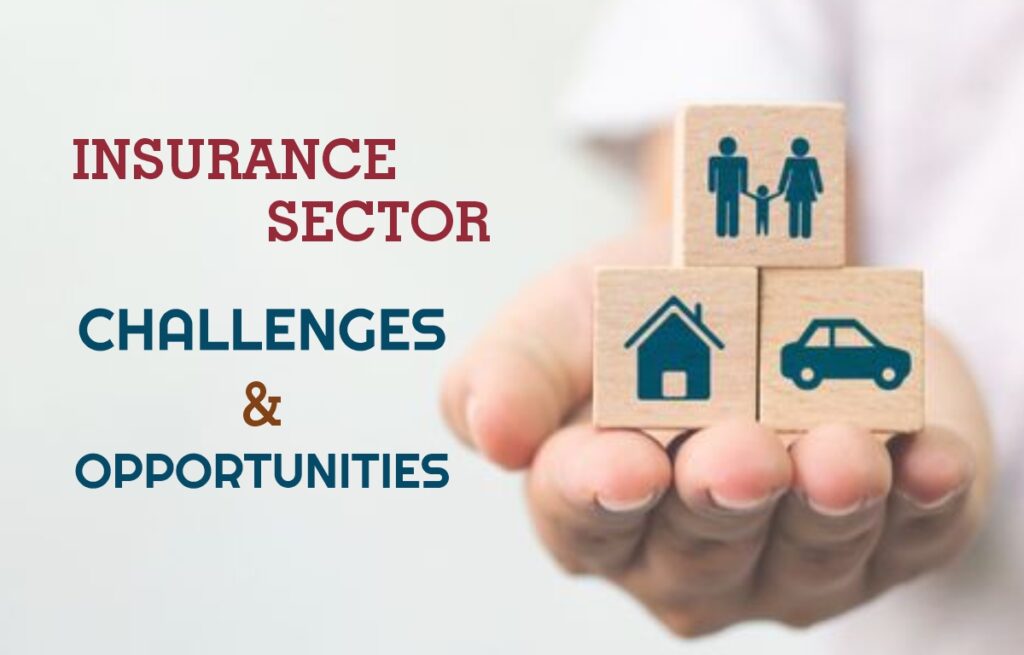 While India’s insurance industry has multiplied in recent years, the country’s share of the global insurance market remains pitiful. The path of the Indian insurance sector is traced in this article, which highlights difficulties such as poor penetration and density rates, insufficient investment in insurance products, public-sector businesses’ dominant position, and declining financial health.

Compared to global rivals, India’s insurance market has been fast rising, with overall insurance premiums increasing rapidly. For FY18 (fiscal year 2017-18), insurance penetration (ratio of total premium to GDP (gross domestic product)) and density (ratio of total premium to population) were 3.69 per cent and US$ 73, respectively, which is low when compared to global levels. These low penetration and density rates suggest that huge segments of India’s population are uninsured, indicating the existence of an insurance gap. Although the sector has evolved from an exclusive State monopoly to a competitive market, public-sector insurers continue to have a larger market proportion despite being fewer in number.

The insurance sector has undergone numerous changes over the years, including nationalization of the life and non-life sectors (in 1956 and 1972, respectively), the establishment of the Insurance Regulatory and Development Authority of India (IRDAI) (in 1999), the opening of the sector to both private and foreign players (in 2000), and an increase in the foreign investment cap to 26% from 49%. (in 2015). The recent announcement of 100 per cent FDI for insurance intermediaries (announced in the Union Budget for 2019-20) has further liberalized the market.

As recognized and outlined in our recent report, the insurance industry faces several problems (Ray et al. 2020). In India, low insurance penetration and density rates are the norms. Insurer participation in rural areas is low, and life insurers, particularly private ones, gravitate toward the urban population at the expense of the rural.

In FY19, profits in the general insurance industry fell, with general public-sector insurers reporting losses and their private-sector counterparts reporting a modest drop in profits compared to FY18. While premiums are continuously rising, the general insurance business is experiencing underwriting losses, which grew by 45.5 per cent in FY19 compared to the previous year for general insurers (IRDAI, 2019). These could be early warning signs that the insurance industry is falling to the same ailment that is ailing India’s banks and NBFCs (non-banking financial firms).

In addition, there are concerns about product pricing2 and congestion in some segments3 in the non-life insurance market and challenges in the crop insurance segment. 4 Insurance firms are becoming increasingly reliant on their investment portfolio to preserve profitability. They’ve also engaged in deceptive techniques, such as lowering premiums. Other issues, such as the dominance of traditional distribution channels5, stymie the sector’s expansion. In addition, India’s insurers are cash-strapped. A potential side consequence of this low capital level is the emergence of new hazards, which make it difficult for insurers to meet the challenge of unknown risks. The risks connected with the Covid-19 epidemic have lately been revealed, adding to insurers’ concerns.

Uninsured rural areas and the urban poor must be brought under the umbrella of insurance coverage in order to increase penetration rates and density. Insurance companies in India will have to demonstrate a long-term commitment to the rural sector and offer policies that are appropriate for rural residents. To operate efficiently in rural areas, insurance companies must consider their distribution mechanisms. The insurance industry’s focus is progressively changing toward expanding access to low-cost, straightforward insurance products, especially those sold online. Simultaneously, a push to raise awareness and enhance financial literacy, particularly around the concept of insurance and its usefulness, can be beneficial. In this setting, government-sponsored insurance programmes are essential.

The cancellation of the merger of the three public sector general insurers could have ramifications for the future of general insurance in India. The problem of low capital levels must be addressed, as does the linked issue of implementing a risk-based capital structure. Before that, the difficult financial position of general public-sector insurers should be addressed, and the new regime should strike the correct balance between the insurance industry’s growth and the protection of policyholders’ interests.

Receive resources & tools that can help you prepare for the future. You can cancel anytime.